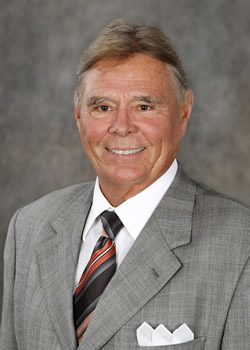 Larry K. Snyder is a graduate of Missouri Southern State University in Joplin, Mo. He graduated with a B.S. in Business, Marketing and Management and has been in the construction and development business for the past thirty years. As the owner of Larry Snyder & Company, a commercial and industrial construction business, he conducts business in the South Central and Eastern parts of the United States. He also owns LS&C Development Services, a heavy construction company, and Midwest Mining, Inc.  Actively involved in various civic and professional activities, Mr. Snyder serves on several boards, including the Springfield Area Chamber of Commerce and Ozarks Regional Economic Development Council. He also participates in legislative activities sponsored by the Chamber.

Springfield Business Journal recognized Larry Snyder & Company in 2005 as the third fastest-growing business in the Springfield metropolitan area. Because of his interest in training a responsible, productive workforce in the area, Mr. Snyder sought the office of Trustee at OTC. He believed that the college is the key to workforce training and a major contributor to economic development in the area. Mr. Snyder was elected to a six-year term to the Board of Trustees in April 2006, and was re-elected in April 2012.